On Saturday, a reduced team of volunteers carried on helping those who are homeless, with new restrictions in place to keep everyone safe.  An unusual time, but even more dangerous for those living on the streets.

Comments from Volunteers:
"As we pulled up tonight we received a round of applause and cheers. Difficult to give out food when you are almost in tears. We have seen 50 people at pip. Very busy. Everyone was really helpful. They waited until we dropped bags on the floor and stepped back. No one has heard anything about hotels. Everything is shut and they were very hungry."

"Just finished at Redcliff. We had enough food for only nine people so were really worried we would not have had enough. We found nine people waiting. Prayer answered.
Everyone again really grateful. Happy to take good bags one at a time.
It was heart breaking out there tonight. Everyone so grateful. So cooperative. These people shouldn’t still be on the streets. I hope the hotel promise works through quickly"

"The interesting thing is that besides some of the people we know to be genuinely on the streets, there were a number of faces we haven't seen before. A reasonable number of young people (some on bikes) and we wondered if they have simply run out of money."

Posted by Our Lady of Lourdes - Bristol at 15:52 No comments:

Join Pope Francis in Prayer today at 5pm #Pray Together


Adoration and Urbi et Orbi Blessing
Join Pope Francis in prayer today 27th March at 5pm UK Time, when he will prayer on the steps of St Peter's Basilica.  The square will be empty.  There will be a period of Adoration and readings from Scripture.  At the end of the service, the Holy Father will impart his Urbi et Orbi blessing and will offer a plenary indulgence for the COVID-19 pandemic.  He asks that we join together to uphold the universality of prayer, compassion and tenderness.  Pope Francis encourages us to "remain united and make closeness felt - especially with healthcare professionals and those who serve.

Posted by Our Lady of Lourdes - Bristol at 13:52 No comments:

Redemptorist Publications have now offered a free link to the Sunday bulletin sheets (the 'other side' of the Newsletter) so people can see the readings of the weekend and some commentary.
The one from this weekend gone is is up and can be found here  Sunday Bulletin
We will be posting this bulletin sheet each in time for the weekend in the newsletter section on the left.

Also, for the children, Look and Icthus sheets are available to download or visit the CAFOD Education & Children's Liturgy site for lots of useful resources, including this page - click here - for a weekly online liturgy.
Posted by Our Lady of Lourdes - Bristol at 10:18 No comments:

Churchservices.tv streams live mass and services from the UK and Ireland throughout the day.

To find a mass/service click on www.churchservices.tv  and click on "Schedule" and look for the current time.  Or check the schedule for time of the services you might like to stream.  Mass at Clifton Cathedral is live streamed at 9.30am everyday from this site.

Live Stream from the Vatican

Posted by Our Lady of Lourdes - Bristol at 12:56 No comments:

In response to the Coronavirus pandemic, so many aspects of our lives must change. This includes the ways in which we publicly express our faith.

It is very clear that following official advice and in order to keep each other safe, save lives and support the NHS, at this time we must not gather for public acts of worship in our churches. This will be from now until further notice.
Sacramental Reconciliation will also be suspended. The hospital chaplains will take care of all hospital visits for those who will need the sacrament of the sick.

Please call the parish office if there is an emergency and we will try to work out how we can help.

We will update our website soon with details of how you can watch a live stream from our Cathedral in Clifton and any useful prayer resources we can find.

When Mass cannot be celebrated publicly

Prayers during a time of flu and illness

Stay safe and contact the parish office if you, or someone you know, need practical or emotional help as we will do our best to get you some help.
Posted by Our Lady of Lourdes - Bristol at 13:54 No comments: 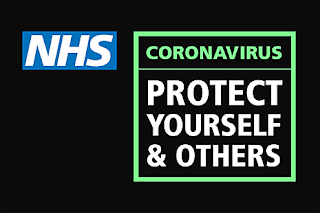 In light of current events, there are likely to be many changes made to how we worship over the coming weeks and months.  For now as of today 18th March 2020 we are planning services as normal throughout the week and weekend with the “Stage 2” measures in place.

All of this could change and we are currently awaiting news from the Diocese on how to proceed with services.


For now, please do not come to Church if you have any of the symptoms - dry cough or fever.  We also ask that people sit much further away from each other when in the church to assist with social distancing.


Please contact the Parish Office via email or phone should you need any assistance if you are self-isolating, as we will try to give practical help.

We want you all to remain safe and well, that includes looking out for the health of our Parish Priests and the Deacons and all who work or volunteer for the Church.

Click on the links for updates from the Diocese and the Government.

Posted by Our Lady of Lourdes - Bristol at 12:45 No comments:

Congratulations to Fr Frank who was installed as an Honourary Canon of the Diocese at a special ceremony at the Cathedral on Tuesday 25th February.  Many parishioners came along to see Canon Frank receive this honour from Bishop Declan along with Canon Gregory Grant and Canon Christopher Whitehead who were made Chapter Canons. 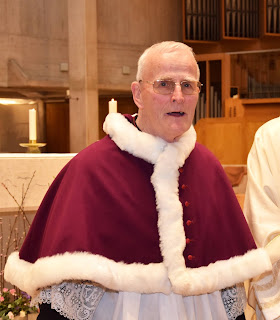 More photos from the day are available on the Clifton Diocese website.


A special celebration coffee morning was held at Our Lady of Lourdes Parish on the morning of 29th February to celebrate this wonderful honour for Canon Frank.
. 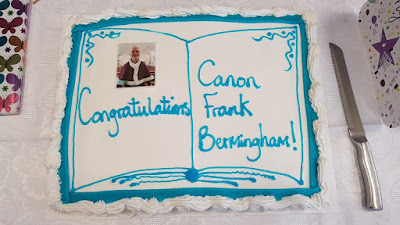 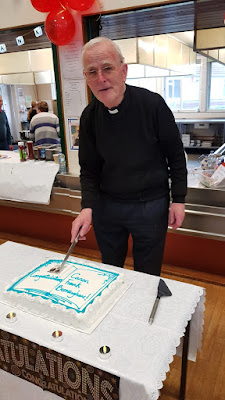 Posted by Our Lady of Lourdes - Bristol at 10:08 No comments:

Our Lady of Lourdes & St Bernadette

Welcome to the website of Our Lady of Lourdes & St Bernadette, Kingswood, Bristol
Sunday Mass at 9am
Weekday Masses on Tuesday & Thursday at 9.30am
(Please check latest newsletter - see Newsletter tab above)
****************************************
Live daily mass from Clifton Cathedral on Saturday at 6pm, Sunday at 9.30am, 11.15am & 6pm, at 9.30 on Monday, Friday and Saturday, 7am on Tuesday, 7.30am on Wednesday and Thursday go to cliftondiocese.com
For masses streamed online at other times go to churchservices.tv
Parish Priest
Fr. Jim Williams
Parish Office Address
2 Court Road
Kingswood
Bristol
BS15 9QB

Telephone
0117 949 8743
Email
bristol.ourladyoflourdes@cliftondiocese.com
twitter
@OLOLBristol
EMERGENCY HOSPITAL ADMISSION
If you or a family member are in hospital and require an urgent visit from a Priest, please ask the Ward Manager to contact the Priest on call using the hospital 'pager' system. There is a rota in place to cover all the Bristol hospitals 24 hours a day. They will not automatically do this for you... only on request. 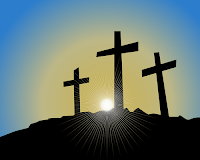